The Principality of Monaco and Sciences Po reward My Future 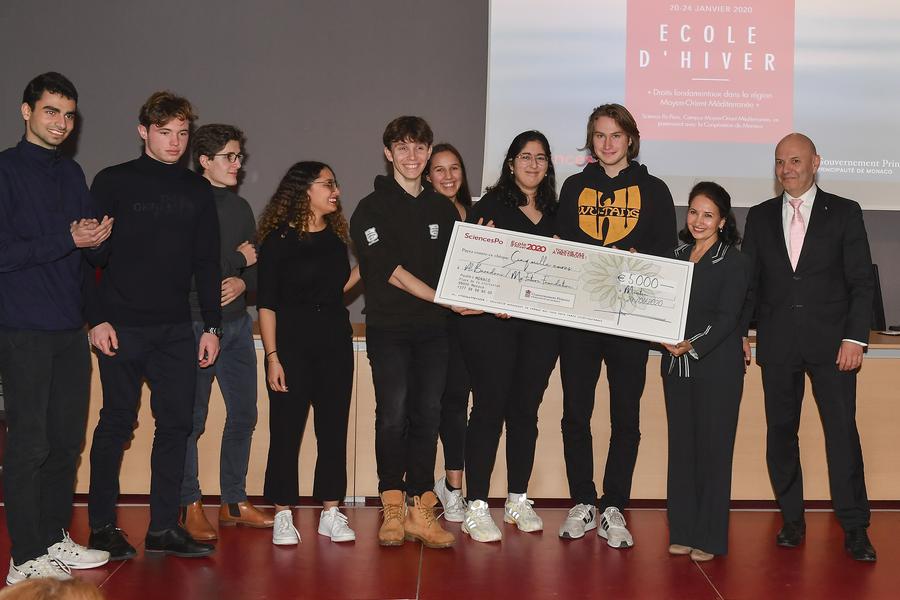 The prize was awarded to Mrs Al Salami, in the company of Mr Laurent ANSELMI, Government Counsellor and Minister for Foreign Affairs and Cooperation of the Principality of Monaco.

From January 2oth to 24th 2020, as part of a partnership between the Principality of Monaco and Sciences Po Paris in Mention, aimed at raising the awareness of students on the Mediterranean and Middle East Campus to the issues of international solidarity, Mrs Khadija Al Salami was invited to present her documentary, “Yemen: Kids and war” to the students on the Campus in Menton.

A visual creation competition was organised around the issue of fundamental rights in North Africa and the Middle East, and the winner was Mrs Al Salami’s association, My Future Yemen, which was awarded a subsidy of five thousand euros. This subsidy, aimed at supporting Mrs Al Salami’s work, will let some one hundred children in Yemen attend school for one year!

← A fund-raising event for Yemen Some news about litte Alanoud →