Some news about litte Alanoud 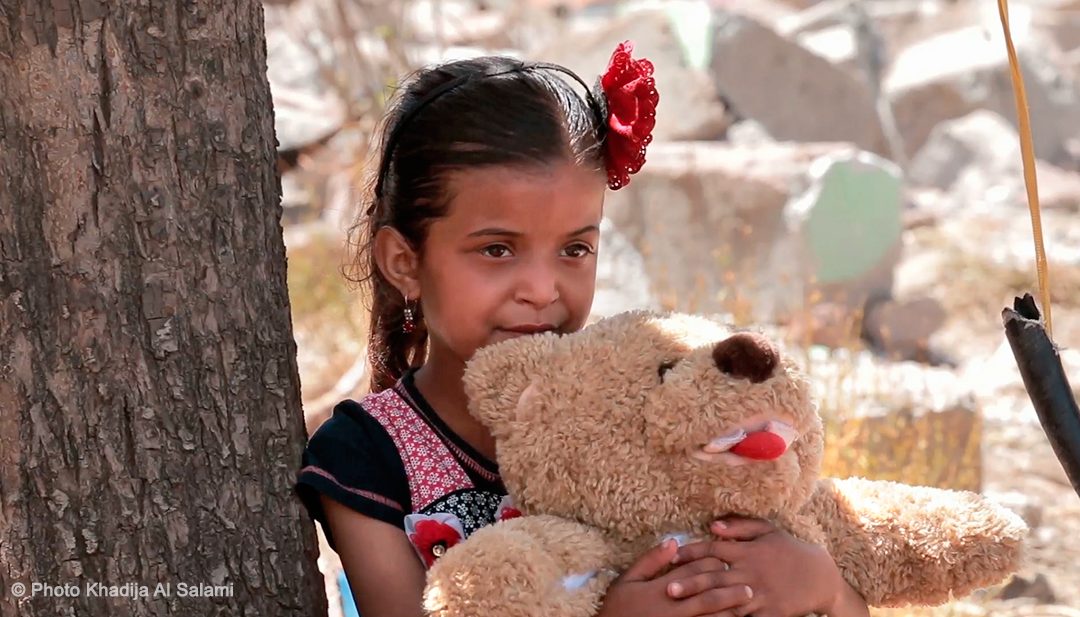 This little girl moved us to tears.

Khadija Al Salami’s heart-breaking documentary “Yemen: Kids and war”, to watch or watch again here, describes the hell that children and all the inhabitants in Yemen have gone through under the relentless shelling. The camera focuses on the fate of little Alanoud, aged four, who had just lost all her family when her home was bombed, and was left completely alone.

While her future appeared hopeless, this film and the tremendous wave of emotion that it triggered, would reveal just how generous people can be.

After the documentary was shown on the French television programme “Envoyé special” (France 2 channel), a woman from Lyon, overwhelmed by the children’s story and, in particular, by that of little Alanoud, contacted us saying she wished to provide for the needs of this little girl, so courageous and now so alone in the world.

Since 2018, this woman has paid for Alanoud’s schooling and has provided for all her needs.